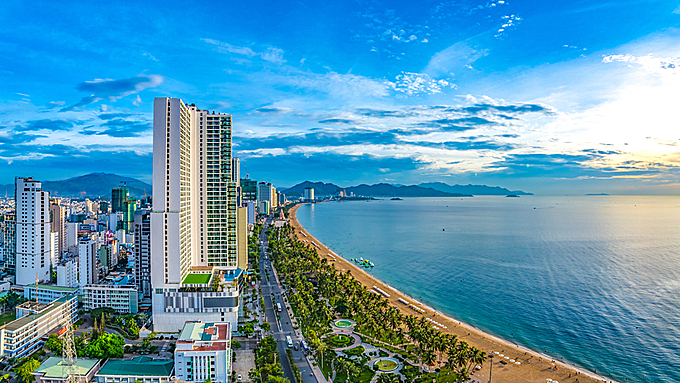 From a hot real estate trend for over three years, 2019 marked fall from favor for condotels – controversies and protests dogged the sector.

Once eager investors who had jumped on the condotels wagon discovered that the promises of guaranteed returns and even greater profits were a mirage, they hit the streets in protest, and a lot of shortcomings were highlighted.

The biggest of these was that the resort real estate sector lacked a clear legal framework to protect investors, even though condotels had been around for over three years.

Despite raising this issue at multiple conferences and National Assembly sessions, regulators are yet to introduce comprehensive legislation for the sector, which basically means that property buyers do not get a ‘pink’ book, as the title deeds of apartments and houses are referred to, and therefore get no protection from the law in case of conflicts with developers.

Because the condotels is a new business model in Vietnam, the Law on Tourism, Land Law or Housing Law have not identified it specifically, and therefore cannot grant ownership or management rights to condotel owners, Deputy Minister of Construction Le Quang Hung said at a government press conference in early December.

Resort real estate, especially condotels, which are individually owned apartment units operating as a commercial hotel service, became a craze in Vietnam in 2016. Over the two following years, many developers, small and big, entered the condotel sector with projects dotting the country’s entire coastline.

Investors queued up to buy condotels and the projects’ open sales events attracted hundreds of potential customers and registered hundreds of successful transactions. In some projects, investors were able to resell their units just 1-2 months after buying for profits of hundreds of millions of dong (VND100 million = $4,300).

However, from the end of 2017, legal disputes over condotels began to emerge and have continued to be a major obstacle for investors up until now.

The second major issue that has marked the resort real estate sector in 2019 is plummeting supply. This year, new supply of of condotel and beach villa units plunged 30-50 percent year-on-year in each area, according to real estate firm DKRA Vietnam.

For instance, 12,600 condotel units were launched in the first quarter of 2018, while in the third quarter of 2019 only about 7,000 were released into the market. Consumption was even poorer, with less than 1,000 units bought up in Q3, which was around a third of absorption in Q3 2018, DKRA said in a report.

Reports named new land review, inspection and management practices in some provinces and cities a major cause of falling supply.

While major coastal tourist destinations such as central Da Nang City, central Nha Trang Town, and northern Quang Ninh Province each constructed tens of thousands of new condotels during the 2016 boom, in some of these places, no new resort projects were registered in 2019.

Thirdly, local banks continued to tighten lending for real estate, citing concerns about bad debts, given the inherent instability and other difficulties still faced by the sector.

In the second quarter, commercial banks raised mortgage rates by 1-2 percentage points, with some beginning to offer loans of no more than 70 percent of the property’s value, instead of the previous 80-90 percent.

The biggest shock to the market occurred in November when Empire Group, the developer of the Cocobay Da Nang Complex, announced that it will stop paying shophouse and condotel buyers the annuity it had promised them, citing financial difficulties.

The Empire Group had in 2017 had guaranteed annual returns of 12 percent on the purchase price of properties until 2026, a promise that had been a primary factor in attracting thousands to invest in condotels.

Although Cocobay was not the first project to have reneged on promises of high returns, it was a large-scale project with a total investment of around $5 billion, affecting over 1,800 buyers. Its decision sent shockwaves through the market.

Many investors, who had invested tens of billions of dong (VND10 billion = $432,000) and taken out banks loans of up to two thirds of the investment, said they were left with overwhelming debt payment obligations. Some investors had even bought multiple units or an entire block in hope of receiving large payments in guaranteed returns.

They had rushed to buy up the properties despite warnings from analysts that guaranteed returns of over 10 percent per year was extremely high and tough to achieve.

Real estate firm Savills had said that profit of 5 percent per year was already considered a good figure for condotels in Thailand and Indonesia, while others said 6 percent is the maximum feasible rate given current market conditions and competition.

After this incident, many developers scrapped new projects to wait for the negative sentiment to pass, while others became hesitant about guaranteeing high returns. Many buyers who lost confidence in the model also began to sell off their units at discounts to cut losses.

However, experts at the Vietnam Real Estate Forum 2020 last week said that resort real estate in Vietnam still has a lot of potential, and may still remain an attractive investment as long as a legal framework is established.

Last month, the Prime Minister issued a directive tasking the Ministry of Construction with enacting new laws to regulate the condotel sector by the end of this year.

Accordingly, the Ministry will formulate a standard contract between condotel developers and secondary investors, setting out specific rights and responsibilities for buyers and sellers, in addition to strictly controlling money lent by banks to invest in the condotel business model.